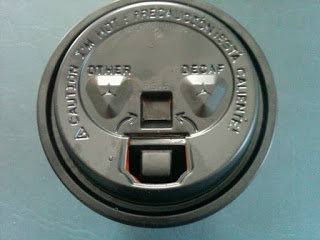 Please tell me you see that the lid appears to be smiling . . . 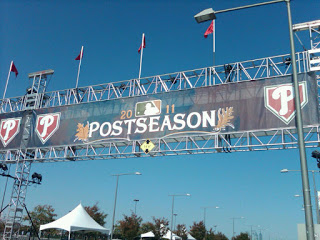 Seeing all the people in the stands at the World Series tonight, nervously chewing on their fingernails, makes me wish my own nails were down to the nub. 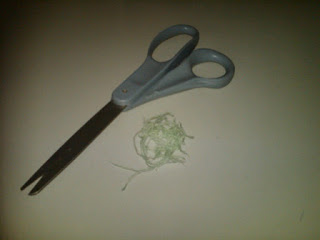 Years ago, when I was beginning my married life, a friend who was already married for 20 years told me she thought there should be showers for people who had been married a long time so that they could get new towels and sheets. I now find myself at the same milestone and I finally realize what she meant. Many (if not all) of my towels were gifts when I got married almost 20 years ago. Although I have several sets of towels, I tend to wash them and put them right back out instead of some intricate system of swapping them out for the towels-in-waiting in the closet.

I am embarrassed to tell you this but why stop now considering everything else I reveal on this blog, but several years ago I bought some really expensive towels at an amazing sale. In true fashion, I put them away “for later”. Well later came about a year ago but I still waited until the beginning of this year to start using them. I washed them and put them out and my husband asked me for several weeks afterwards if the doctor had called with some dire test results for him after a check-up. Why else would his wife of 20 years be using new, luxurious towels that you actually could not see through?

After washing the new towels for the first time, I realized they had started fraying and there were many thread pulls that needed to be cut. Every time I’ve washed them since, I find the same thing.

If you get an invitation for my “I’ve Been Married 20 Years” shower, please go directly to the cheap linens section of your local discount store and buy me the cheapest pair of towels you can find. And I’ll use them for another 20 years. No trimming required.

I put make-up on today. The first time in 13 days. And I left the house on my own for several hours. It was a cool, crisp beautiful Autumn day; everyone is now wearing coats. The strong winds made the leaves fall quicker than they would have of their own accord. People’s homes are decorated for Halloween — when did October 31st become so big???

All this would have been going on if I had stayed home but grieving for my lost job is over; it’s time for me to return to the land of the living AND the land of the employed.

I actually wrote this sentence to my dear friend J today and she said it should be the title of my novel. God only knows when that will be written so I didn’t want it to go to waste. 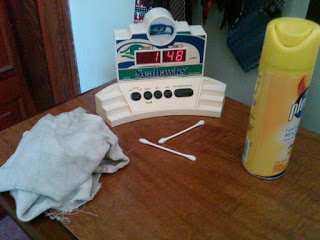 I just dusted my husband’s nightstand Seattle Seahawks alarm clock WITH A Q-TIP.

Eight days ago I was packing to fly to Europe to manage two meetings.

If this doesn’t teach me life can change on a dime, I don’t know what can.

Begin with that most terrifying of all things, a clean slate.

Then look, every day, at the choices you are making,

and when you ask yourself why you are making them, 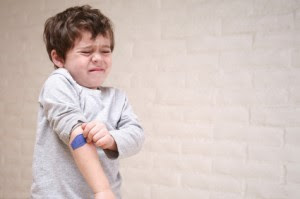 It’s time to come clean with you all and tell you what’s been going on. I resigned on Monday and my last day was last Friday so I am back to searching for a job.

The decision was agonizing and I never imagined being back where I am at this moment in time. But the mental stress over the last few weeks made me realize that there was no choice to be made; for my health and well being I needed to get out. Boom!

“Life is fluid. You have to let go and move on.”