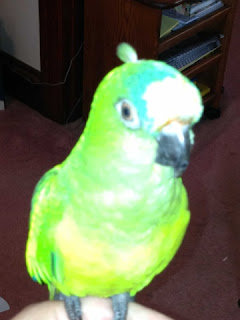 Living my new normal, watching TV by sitting close, able to see just enough that I can follow along, everything is in black and white, fast forwarding through a commercial via TiVo, and there it is:

A commercial for a website I used to check every single day for job opportunities and that I have not even thought about in three years. I don’t see most colors, but blue is one I can sort of see and the Indeed logo screamed out at me against the black and white broadcast. An unexpected reminder of what once was. A reminder of my old life and career and all that that involved, the travel and the money and the personal fulfillment. A sucker punch to the gut.
Who knew watching TV could be a full contact sport?
Leave a comment

This morning I heard someone who believes wholeheartedly in Karma say that if something is taken away, as it is for everyone in life, at some point or throughout, something replaces it. I was stopped in my tracks by the philosophy and immediately thought about the loss of my mom and the loss of my vision. And I can’t stop thinking about it.

I suppose at face value this belief should offend and infuriate me. I mean, the idea that anything could   fill up the gaping, oozing hole in my heart since my mom’s passing or that destiny and fate will reconstruct the eradication of my life as a result of the loss of my sight is PROPOSPOROUS.

And yet my reaction to hearing this idea was a profound sense of comfort and, from somewhere deep inside me, the knowledge that this is true.

In writing this post, I have been trying to identify what karma has delivered to me in correlation to these two unquantifiable losses, and the fact is I can’t. Of course my family (I consider my friends to be family) are an obvious answer but beyond that I just don’t know.

Ironically, I can’t see it, but I know it’s there.

Leave a comment
If this woman can’t stay married, what hope do the rest of us have??? 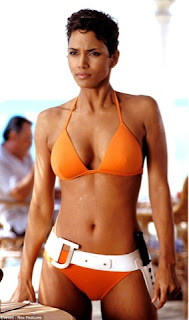 Obviously I don’t know the woman but COME ON!!!
Leave a comment

My husband and I got into our car after having breakfast out, and I handed him the ever-present anti-bacterial hand sanitizer. He used it and passed it to me. As I rubbed my hands together, I enjoyed the smell of apples in the car, a perfect compliment to the blue sky (blue is one of  the colors I can somewhat see), the crisp temperature and falling leaves all around us.

I placed the germ remover into the console and began hunting in my purse (it’s not an unorganized mess, I just don’t see too well) for the pill container of his morning medications which I keep stocked for weekend morning meals out. While I searched, my husband fastened his seatbelt. I handed him the pill case and then the bottle of water I had opened for him, and he took the medications. He gave me the empty pill case and as I put it back in my bag, he put the car in reverse and released the emergency brake and began to back up.

“YO!”, I screamed, my Philadelphia DNA viscerally released and shot right out of my mouth. My car door was still open and I hadn’t buckled up yet. He stopped abruptly and said, “Oh, sorry.”  I just sat there looking at his head, because even at that close range, facial features are hidden from me. My Bradley Cooper look-alike* put the car back into park as I stowed my purse, closed my door and got strapped in.

I said, “You know they tell you on a plane to put your own oxygen mask on before assisting others? That is said for us women, because we would instinctively help everyone before we took care of ourselves.”

No life vests. No flotation devices. No peanuts. Just me and my travel companion, Bradley Cooper.

*Apparently in the almost three years since the change in my sight, my husband has begun transforming into Bradley Cooper. When this information was initially shared with me by you-know-who, I did question if this was Bradley Cooper as The Elephant Man on Broadway. This was not received well which I took as a no. All I can say is won’t we both be surprised when (I repressed the urge to say ‘if’) my vision is restored?

I heard the following today at the snack stand at Little League; a father was talking to his son:

“Honestly, you’re on my last nerve. And that’ is not a place you want to be.”

I wanted to buy him some peanuts and a big chill pill . . .

My friend texted me that she had just come across a movie on TV with Derek Hough from Dancing With The Stars. We both watch Dancing, but I feel the need to report that we both watch sports, too.

I replied to her that I had just flipped through the channels myself, looking for a movie to have on in the background while I did some things. I went on to say that I have been hoping to find You’ve Got Mail on TV, because I have not seen it in awhile. I went on to ask her, rhetorically, how crazy is it to channel surf for the film when a mere foot below the TV, in the cabinet, is the DVD of the classic rom-com?

She then texted back that it’s so much better when you stumble upon them (the movies). I agreed and likened it to making a salad at home, which is never as good as when you get one out, which I now realize is a bit of a stretch as an analogy to the movie discussion, even though it’s true.

As for the Hough movie, my movie reviewer described it as “West Side Story with a happier ending. A bad but good cheesy movie!”

I’m going to stick with Joe Fox and Kathleen Kelly.

And a take-out salad.

This morning I received this text from my friend:

“Today Islam-day”
I think we have all become good auto-correct decipherers, but this one had me completely perplexed. I replied, asking her what she meant. She came back with:
“What I meant is today is HOMEWORK day!!!”
I may have finally seen it all.
Leave a comment

My friend and I went for massages at a spa neither of us had been to before. We were given a form to fill out, providing them with a very brief medical history.

Because of my vision limitations, my spa sister was going to fill my form out for me. I could see that there were boxes to be checked on the form to indicate whether you had certain conditions or not. I told my friend that if she read me the condition, i.e. diabetes, I could check the appropriate ‘yes’ or  ‘no’ box for each. She told me which column was which.

About five afflictions in, I confirmed to her where we were on the list. Confirmation of my confirmation was not confirmed. Spa Sister took my form and started correcting it, just as we were both called by our masseurs.

My new BFF, at least for the next hour, led me to the room where my knots and the problems of the world, well, really MY world, would be worked out. As she scanned my completed form, she asked me if I am taking any medication. I replied that I am and have taken medication for over 30 years and added that with said medication, “it” was controlled. The “it” I was referring to was high blood pressure, the only yes on my form.

My temporary bestie left the room so I could undress and contemplate for a nanosecond whether or not to go commando (I plead the fifth and anytime you plead the fifth, you are probably naked, I am just sayin’) and get face down onto the heated table (ahhhhhh). When Ms. Amazing Hands returned and made sure I was comfy, she asked what medication I am taking. I told her the name and I could hear her put pen to paper as I watched her sneaker-clad feet from my face cradle window.

As I heard her pump the oil bottle, I closed my eyes. She had me take a few deep breaths before she put her hands on my upper back and as she made contact, she said, “my aunt had epilepsy”. Already in relaxation mode, I muttered a noncommittal “oh” and that was the last I spoke for an hour.

The massage was incredible and as I got dressed afterward, somewhere from a part of my extremely relaxed brain came this thought: She thinks I have epilepsy.

I must have checked the ‘yes’ box for epilepsy, instead of hypertension when I attempted to fill out the form, and my friend didn’t have a chance to correct it before we were called. Oops!

My masseur (no longer my new BFF, the fickle non-epileptic, controlled-hypertensive that I am) was waiting for me downstairs with a delicious ice-cold glass of water. I thanked her profusely and hurried off to meet my friend at the front desk.

If a card arrives in the mail in the coming months, offering a maternity massage, I will know I checked ‘yes’ incorrectly a second time. I’d better warn the husband. After all, his form would require a ‘yes’ next to pacemaker/defibrillator and we don’t want him to have to check ‘yes’ beside the question, Has your defibrillator ever had to shock you?

My husband and I are opposites in every way. We don’t even hang our bath towels up the same way. I have never been diagnosed, but I do have some OCD tendencies. And although I don’t rehang his towel, every day I adjust it on the bar so it dries more easily. He doesn’t even know I do this, but if he’s reading this, I do.

Huh. I do. Those two words, said over 20 years ago, are what caused having opposite hung towels in my bathroom.

If the theory that opposites attract is to be believed, then our contrasting behaviors should make my face flush and heart pound from affection, not annoyance, as is often the case. I’m not a social scientist, but I am an old wife. And my “research” indicates that what draws us to each other is not the differences , but the things we do have in common. And, of course, the ignorance that comes with a new love. Because if I had known at our wedding ceremony that I would spend the next 8,400 and counting days fixing his towel, I’d be not an old wife but an old maid. With one perfectly hung lonely towel.