My friends will text me and ask what I’ve got on my agenda for the day, and several times a week, my reply will be “odds and ends”. Quite often, when I ask what they have planned, they will say the same.

These odds and these ends can fill a day and then some, and although I probably can’t tell you what I did on these days, they always leave me pooped.

Yesterday was an odds and ends kind of day, so much so that I didn’t have time to blog.  My posts can certainly be odd, but as I try to figure out what this new life of mine will be, I see this revamped blog not as an end, but as a beginning.

Three years ago today my mom passed away.

Mom and I were so close that I had assumed I would sense her presence. People tell me she is with me and I nod in response, but on the inside, I am disappointed not to feel her with me. I assumed I would given our strong bond.

Last week when I made my return to her beloved beach for the first time in almost four years, I found myself spouting mom-isms that seemingly popped into my head and out of my mouth with no forethought or hesitation. Sayings and expressions that I hadn’t thought of since she’d gone.

Now I realize that she’s not hovering over me with her angel wings fluttering. She’s IN me. She is my heart and my soul and my comfort and my joy and my sorrow and my memories and my laughter and my tears and my stubbornness and my love and my patriotism and my worry and my strength and  my compassion and my thoughtfulness and my kindness and my love of sports and books and the beach.

Three years to the day that her time on earth was through, I finally get it. Coincidence? Not a chance in Heaven.

Leave a comment
. . . into a bathtub full of water, and a legally blind woman is there not to see it, does it make a sound?
You bet your rubber ducky it does.
PROOF
Selfie taken at splashdown: 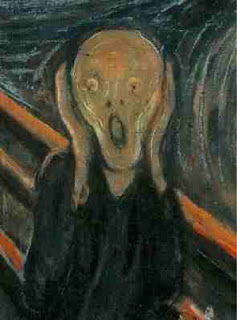 When I first lost my vision, I started saving magazines to read when my sight returned and when it did, I drove myself off into the sunset, as the credits rolled, and the profound song blasted, well, profoundly. The song was, no doubt, Gloria Estefan’s Comung Out Of The Dark, which, by the way, I sang to myself, in my head, when I was trying to fall asleep in the hospital that first week of darkness.

But this ain’t Hollywood.

Time continued to pass and the magazine pile grew larger, until a bin was brought down from the attic, filled and the lid put on, as if to hide the fact that days had turned into months, and that the contents remained unread.

Now, two and a half years later, I have received a machine that allows me to read. What that means to Type A Sister Rain is that the magazines now become an item on my To Do List. So I began going through the magazines and quickly found the new equipment isn’t optimum for pages filled with different colored fonts and images. I persevered because, with me, stubbornness tends to prevail over sense. Finally, I realized this was supposed to be enjoyable. And it wasn’t. The rest of the magazines went into the recycle bin.

In a way, letting go of these magazines was like letting go of the holding pattern I was in, waiting for my vision to return. Over the past few months, my thoughts and actions live more in the present and the future than in the past. (Don’t worry past, you’re only ever a creep-up-on-me minute away.)

The empty bin has been returned to the attic, and the magazines have begun their recycling journey. I have been working on ‘reinventing’ myself since my vision loss, but ‘recycling’ myself is another way of describing it I suppose.

Those magazines may be turned into newspapers or egg cartons. What I’ll become? I’m still in Research and Development.

Before I became visually challenged, I traveled a lot for work. I would be gone from home at lecast one week each month.

I was telling someone today how difficult and stressful packing last week for my trip was. And then I said this, “I used to be able to pack with my eyes closed.”

Seventeen years after the movie You’ve Got Mail opened in movie theaters, I still love the sound of a new text message arriving on my phone. On days when I have no plans, it is totally usual not to talk to another person until my husband returns home in the evening.

My current text tone is that of a motorcycle, and sometimes it can sound like the outside of a biker bar here when texts come in together. And having always wanted a bike, as in motorcycle and not as in that torture device of a stationary bike that I ride, I not only feel like the free spirit I always longed to be, but I also get to chat with my peeps. And by using the word “peeps”, I have proven yet again that until they give motorcycle licenses to visually-challenged dorks with a tattoo of a heart with the word “peeps” inside it, my text tone will have to do.

BORN TO BE TEXTED!!!

My mom and I spent 30+ days at the beach (we call it ‘the shore’) every year for 30 years. We would go not just in the summer, but in the spring and fall as well. It was home away from home.

My mom passed away three years ago next week, and although I have returned to the shore a few times since her passing, I have not been on the beach.

Having recently turned 50, my best friend took me to a beach I had never been to for an overnight celebration. On Wednesday, three years and nine months after my last trip with my mom, I kicked off my flip flops and planted my bare feet back firmly on the warm, familiar sand.

So much has happened since that last trip, my mom is gone and so is a large part of my vision. But it turns out that you can go home again, if home is a place you love, where you can relax, feel completely comfortable and be yourself wtth someone who knows you best and loves you anyway.

A big moment? Definitely. A bittersweet moment? Surprisingly, no. It was all sweet and no bitter. It was joy and gratitude and love. It was home.

Leave a comment
Sometimes I am angrier when I find something that I’ve lost than when I lost it in the first place.
Leave a comment
You never know what lies underneath until you let it cool, then flip it over.  Sometimes it’s what you expected, sometimes you get a happy surprise.
And sometimes the surprise is an ugly mess. 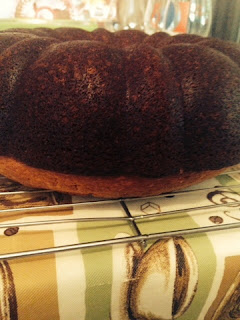