D o NOT check work email
A hhhhhhh (the sound of relaxing)
Y es, I wish every day could be like this

Last year I received an email from USAir indicating they were going to take my 46,637 miles from me as I had not flown with them for eighteen (18) months. In an act of desperation — I EARNED those miles dammit! — I wrote a letter to USAir explaining my unemployment situation and assuring them I would use their airline for business and personal travel once I got back to my career and what I would consider my “real” life. They wrote back with, and I paraphrase, “Tough, tough, cocoa puffs”.

Now, however, that I have reached Silver Preferred Status with them after flying over 28,000 air miles with them since the beginning of the year, they have offered me the opportunity to buy back the miles for $200 by the end of the day tomorrow. That’s $.0042884/mile. A bargain in these ridiculous economic times.

I had my credit card in hand and was ready to make the deal when it hit me — why am I paying THEM for miles I earned and already paid for by purchasing a ticket from them for the flights?

I’ve always said that if I could figure out how the airlines determine airfares and publish that information, I would be a millionaire. Ironically, I would then have my own jet and this would all be a moot point to me. But for now, they’ve got me right where they want me, sitting on their plane, seat belt securely fastened, tray table in its upright and locked position, my seat in its upright position as well, my bags stored either in the overhead bin compartment or under the seat in front of me, electronic devices stowed until takeoff, their miles they giveth and taketh away, and I am now paying them for miles I already paid for.

When I get up in the morning for work, I get in the shower, dry and “do” my hair, apply some make-up, get dressed and leave the house. During this time, my husband is still in bed, snoring away.

I then make my 20+ mile commute, and sometime at about mile 5 I get a text from my husband that he is at work.

This DEFINITELY falls in the WRONG category.

A plate of mini cheesecakes arrived in our working office at the hotel we are having our meeting at. I wish I could express to you how happy this made me. Perhaps by blogging about it I have.

I am spending today in a hotel lobby, greeting guests as they arrive for the meeting I am managing this week. This a busy hotel, located downtown in a major U.S. city. Families are here on vacation and there are also business people everywhere, checking in, checking out, passing through the lobby on their way to their room or a meeting room or the restaurant.

I just saw a tall black man hug a shorter white man and it hit me that I’m in the South and once upon a time, in this exact spot, this would not have happened. And here, in this bustling hotel lobby, a 40-something woman, me, witnessed something pretty darn cool. Something that goes on every day, hopefully, probably unnoticed. But how great to notice — to witness where we’re at, knowing where we’ve been, and seeing a little boy run around this vast hotel lobby, wondering where we’re going.

So the guy on the plane next to me this morning was reading a book called “Winners Never Cheat”. What he should have been reading, in my opinion, is “Nice People Are Pleasant” or something along those lines.

I’m talking to you Grumpy McGrumpstein.

Not even brand new luggage — still in the box — can entice me or provoke me to want to pack.

The evil spell cast on me by the powers that be is the love of travel and the aversion to packing. Things could be worse I suppose. Snow White, Rapunzel, Sleeping Beauty — they got the raw deals. I just hope my fairy tale has a happy ending and weighs less than 50 lbs. Or else it’s gonna cost me. 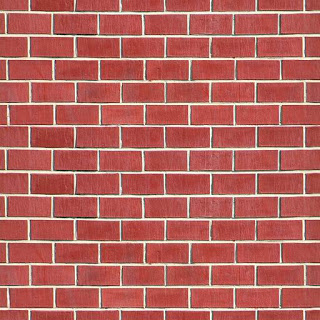 I have hit the wall in a big way. You know the wall, don’t you? You come in in the morning and even before you have put your stuff down (coffee, purse, laptop bag, keys, sunglasses) there’s a crisis that needs your attention. And basically, you don’t stop for the rest of the day until – BAM! — you hit the wall. You have nothing left to give. They have taken it all. You don’t even know how you’re going to walk to your car let alone make the 25-mile commute home with a couple thousand of your closest Road Rage friends.

That, for those of you who wonder what’s been smacking you down all these years, is the wall. And welcome to it.

Tomorrow I will receive my six month “probationary” review at my company.

Can you guess which one is my favorite?

Better the bag get lost than the paychecks although I didn’t think that at the time as I was in London wearing the same clothes (hand washed in the sink and dried with a hair dryer) for 48 hours.

I once was at a company for 12 years so six months is a blip when compared. But after three years of searching for an new job, every day, is a cause for celebration. 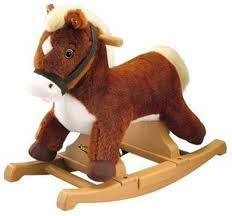 They say when you fall off a horse you should get right back up on it. I haven’t fallen off any horses, but I have fallen off the blog writing pony. I have no excuse other than a crazy travel schedule for my job. Ironic that this blog started out to write about my job search and now my actual job prevents me from blogging.

Much has happened since I last wrote. I have achieved Silver Preferred status on US Air, meaning my bags now fly free, an iPad has joined our family, my summer and winter clothes have finally been switched out and a long time suitcase has seen its last airport (debris of the one wheel is still scattered all over California).

I hope you haven’t stopped visiting since I haven’t been writing. I’m gonna find me a step stool (I’m only 5’ 2”) and climb on back up in the ole keyboard saddle. Hope you’ll ride along pardner!