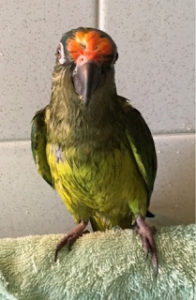 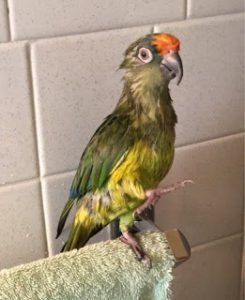 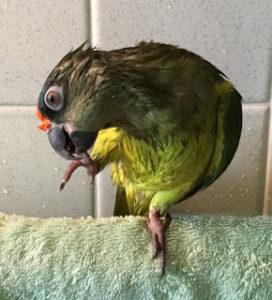 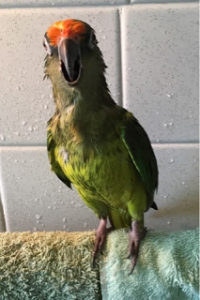 I am fairly certain the proprietors of this spa, aka Mommy and Daddy, will not be receiving a good review on Yelp.
Leave a comment 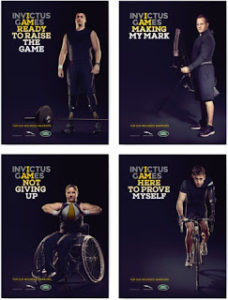 My husband and I watched the Invictus Games a few weeks ago and we were very captivated by the fierce competition, the camaraderie of the athletes and the incredibly moving personal stories of the men and women of the Games.

The Invictus Games, if you aren’t familiar, are an International Paralympic-style multi-sport event, created by Britain’s Prince Harry, in which wounded or injured armed services personnel and their associated veterans compete. The above images and text do way more justice than my feeble description.

During one of the broadcasts, ESPN’s Tom Rinaldi did a report where he said the following:

“To survive the darkest moment there must be
a holiness in the spirit
and a divinity in the strength.”

I hope that in my darkest moment, which was both literal and figurative, I had a mere speck of either. And I am so thankful that the brave men and women who serve this wonderful country of ours have huge amounts of both. 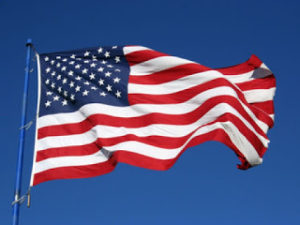 Today at Walmart, as is usually the case, the check-out lines were long. As I held my post with the cart in one possible queue, my husband went on a recognizance mission to possibly uncover a shorter line. He called for me to join him at his new locale, and our cart and I arrived at his side at the same time as another customer.

Seeing that she only had one item to pay for, I pulled back our full cart so that she could go ahead of us. I would have done the same any other day, no matter what her lone product purchase, but today, the day before Memorial Day, she was buying a new American flag.

They say that most couples fight about sex and money. We have neither so we don’t argue about those two subjects. What we do disagree about are a few things that come up over and over again. For 26 years.

One of the regulars, although seasonal, is air conditioners. Ours is not the common dispute over temperature but of the actual units themselves. We live in a hundred-year-old house and do not have central air conditioning. So every summer we install a window unit in our bedroom and one in our downstairs living area.

It got hot here almost overnight and it is already unbearable. My husband texted me the other day saying we should put the a/c in. I ignored him as in my mind it’s way too soon. What happens is that once we put the units in, he wants to run them even when the weather doesn’t require it. Also, we have such a short period of time to enjoy having our bedroom window open between winter and summer, and that’s no longer possible once the air conditioner is installed.

Today it was so hot I honestly was beside myself. I kept telling myself, as sweat rolled down my back, that I had drawn a line in the sand and from said mark I could not budge. I am, after all, a Taurus. But I am also 51 years old and melting into a puddle on principle is a war waged best by the young. And to his credit my husband said not one word when I went to unpack the bedroom unit.

Turns out there’s more than one old dog in this house who can learn a new trick.

I love an inspiring story as much as the next gal. Always have. Since my vision loss, there is more poignancy and gravity in everything that touches my life. Learning of a person rising above their obstacles now speaks to me in a way it never could have before my sight became compromised. I can relate to their journey, no matter the circumstances, because profound and devastating loss connects all of us who have experienced it.

This week a man with no hearing won Dancing with the Stars. I was amazed by Nyle DiMarco during the entire season and the fact that a person born deaf could win a DANCE competition proves that anyone can do anything.

Nyle certainly surprised all of us. We were captivated from the first step, the first musical note that he did not hear. He was fearless. He became a champion in an activity that is music wrapped around beautiful and technical movement. Nyle did the impossible and the woman in me who cried during many of his performances thinks that he is the embodiment of challenges meant to be nothing but conquered.

So how do I reconcile what my heart saw with the reality of what my eyes don’t? Though I have accomplished much there are things in life I simply can no longer do. For instance, I can no longer see most colors. And there is nothing that will make that possible right now. I also can’t drive. Now here’s where things get tricky. Could I physically get behind the wheel of a car, put my foot on the brake, insert the key in the ignition, turn the key, put the car in drive, move my foot off the brake and onto the accelerator and bear down? You bet I could. But I wouldn’t get very far after putting the car in gear before I hit something or someone. And no hard work or determination or hutzpah is going to change that fact.

I’ve got to tell you, the mere thought and typing of the steps involved in operating a motor vehicle make my mouth water. I yearn to drive again so badly there are no words to describe the want.

Although I still believe that a person can triumph over adversity, not everything can be fixed or made possible no matter what we do. This isn’t cynicism, I promise, but a giant-sized dose of truth borne of limitations my anatomy, not of my spirit or character. And in the acknowledgement and acceptance of this difference, we prevail over the largest struggle of them all

Well, Raindrops, here’s the thing. I was going to tell you about some of the work I have been doing behind the scenes to improve this blog but then it hit me. “Behind the scenes” is code for we’ve got a real mess on our hands and we don’t want you to see it. Remember The Wizard of Oz? I didn’t need to know what was on the other side of that curtain then and you sure don’t now.
If you have a brother then you remember when not only he but your mom started to close his bedroom door. Security should have been posted outside his room with the repeated declaration: “Nothing to see here! Keep moving!”.
This blog cannot afford a security guard or a bodyguard, lifeguard or guardrail. I’m all you’ve got to protect you from the complete anarchy that is only one flimsy green curtain and a Toto away. While you’re looking at my front I’ve got your back. And you’re little dog, too.
Leave a comment

My ten-year-old nephew plays on several baseball teams and my husband and I go to as many games as we can. Since the sudden death of my father-in-law, we feel it’s even more important than ever for us to be there to cheer him on. PopPop and my nephew were extremely close and he was at every game, as he was at all my husband’s, then wearing the hat of coach (literally) as well as dad.

I am not able to see much of the action but my husband does an excellent job of play-by-play for me. When our nephew is at bat, I use binoculars and am able to see him a bit.

I have a nice pair of binoculars from my pre vision loss days, but when Dad died my mother-in-law suggested I try the various models Dad had in hopes one would offer me increased visibility. I found a pair that were about the same strength as mine, maybe a little improvement, and I took those. I loved the idea of watching my nephew play ball through “Dad’s eyes”.

Since last weekend’s games I had been unable to find them. We tore apart the car and couldn’t locate them. I was really, really disappointed. We received new chairs for Christmas and they came with lots of pockets and I had put the binoculars in one of the compartments and they must have fallen out.

Arriving at the fields this morning, we decided to look one more time in the car, but struck out once again. I suggested to my husband that we ask at the snack stand if someone had turned them in. While I got what we needed for the game today out of the car, my husband went to check if what we had lost had been found. He came back to the car, holding Dad’s binoculars. I could have cried I was so happy.

Some Good Samaritan found them and turned them in. They are very nice and whoever picked them up could have taken them as their own. But they did the right thing and turned them in, where they spent the last week in a locked building, at the complex that Dad spent so many hours, thirty years apart. I’d like to think he had a hand in getting them back to me.

The next time you find something that belongs to another, try to get it back to its owner. While it may be an object to you, to the loser it can be so much more. Other than him being at his spot along the fence again, I believe Dad would love nothing more than for me to use his lenses to watch his grandson play baseball.

But who am I kidding? He may not be at the fence, but he’s in every pitch, in every story. Just like his binoculars, when he’s lost to us, we can find him at the ball fields.

The only thing determining whether you can pull yourself up by your bootstraps is the strength of the bootstrap.

And guess who’s the strap?

I decided to finally have my knee looked at by an orthopedist. He examined my angry patella area and x-rays were taken. And then the doctor gave me the results:

He gave me a steroid shot in the knee. I didn’t cry.

I wanted to. Not so much over the shot; needles don’t bother me. What does is another chronic condition. I know that I don’t get a free pass in exchange for blindness, but I have considered crumbling a little more to ward off being given more than I can bare.

So, why no tears? This doctor was new to me and I read his bio prior to the appointment. The gentleman did two tours in Kuwait. And although another giant horse pill to swallow, I kept thinking about what he had to have seen. If there are tears to be shed, it’s in gratitude for the men and women still serving our country and those who have returned and now walk among us.

Thank you, Doctor, for so very much more than the help with my knee.